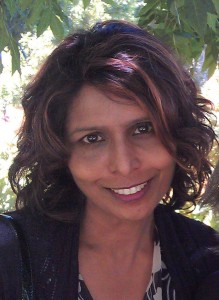 Uma Barry is a veteran of the Australian fine art industry who has received numerous awards from exhibiting in the major schools, galleries, Rotary, Apex and Lion’s clubs of Victoria since her debut in professional art in 1988. Her work has been purchased and collected far and wide both locally and internationally. She proudly was a part of the popular television program Colour In Your Life in 2015.

Originally from Fiji where conventional art materials were scarce, Uma’s early work, inspired by her loving parents from the age of fifteen, were Indian mythological paintings passionately created with Dulux house paints in vibrant colors. After moving to Australia in 1983, the opportunity for Uma to become a full time artist came to fruition. She was fascinated by the magnificent early morning light and mists of the Australian bush and it’s breathtaking coastline. Landscapes and seascapes soon became the subject of her new oil medium. In later years Uma would branch out into painting flowers, still lifes and contemporary pieces involving gum tree studies in a variety of sizes including miniatures.

Trying to make her art unique was very important for Uma. Working as a self taught artist is never an easy feat, but she was persistent and cultivated an individual style of painting from her many years of hard work. Painting evokes feelings of nostalgia for Uma, and her work has preserved areas that no longer exist after being ravaged by bush fires. Areas such as countryside Marysville, King Lake, Buxton, Worri-Yallock and the Grampians have had important parts of their forests immortalized forever on her canvas.

Currently Uma is returning to being a full time artist after being a caretaker for her dear Mum at home. She proudly spent 18 months looking after her while she suffered with a chronic kidney disease and dementia. The period following her mother passing away was an emotionally difficult time for her and painting provided a creative outlet for the wide range of feelings she was experiencing. Art and creativity have been very important to Uma, to this day they have given her ways to express herself through her artistic pursuits. She will always be very thankful for the support she has received over the years from her loving husband Wayne who enabled her to follow her passion, her wonderful family, her beautiful friends and her amazing supporters.